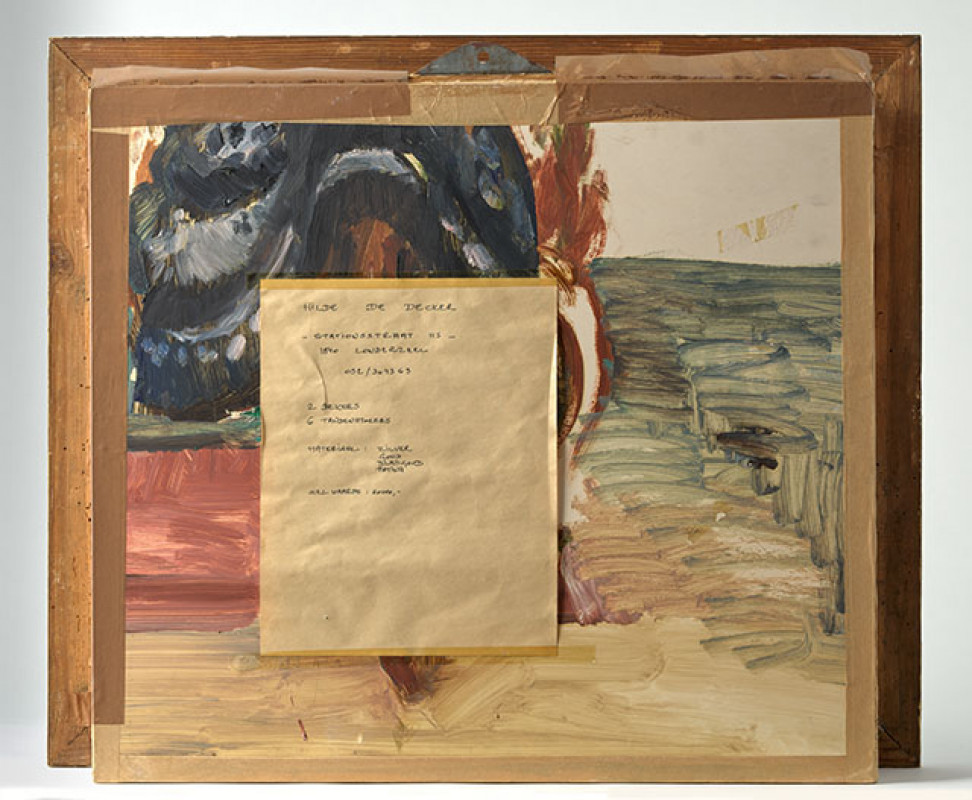 Previous Image 1 of 4 Next 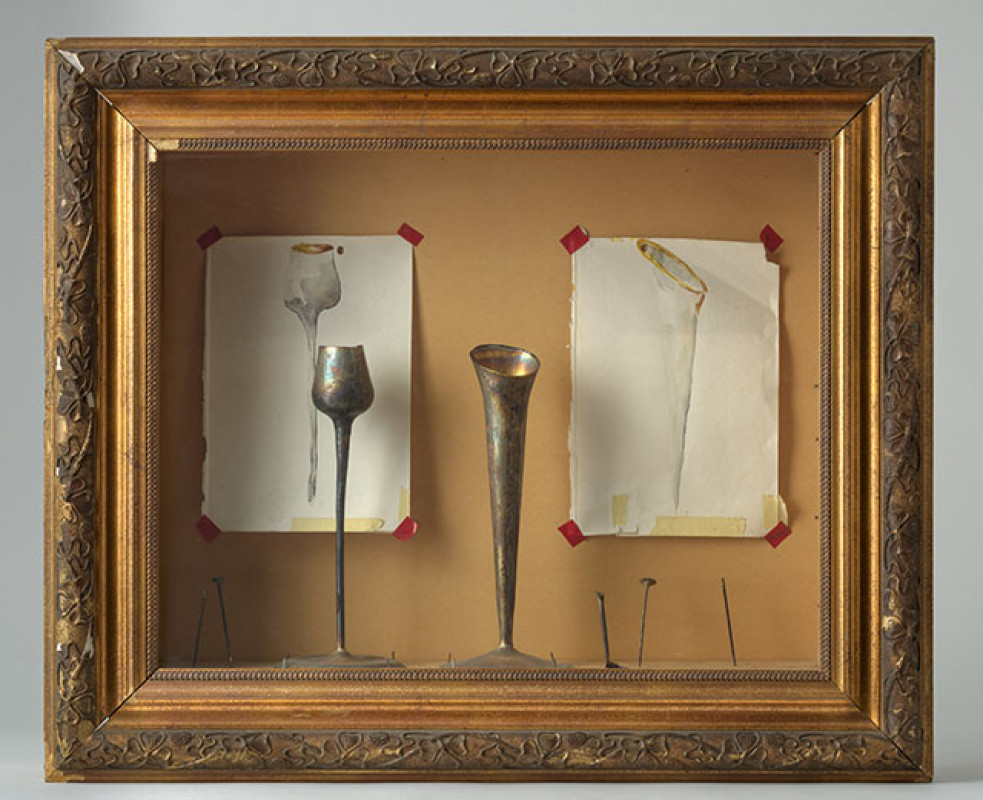 Previous Image 2 of 4 Next 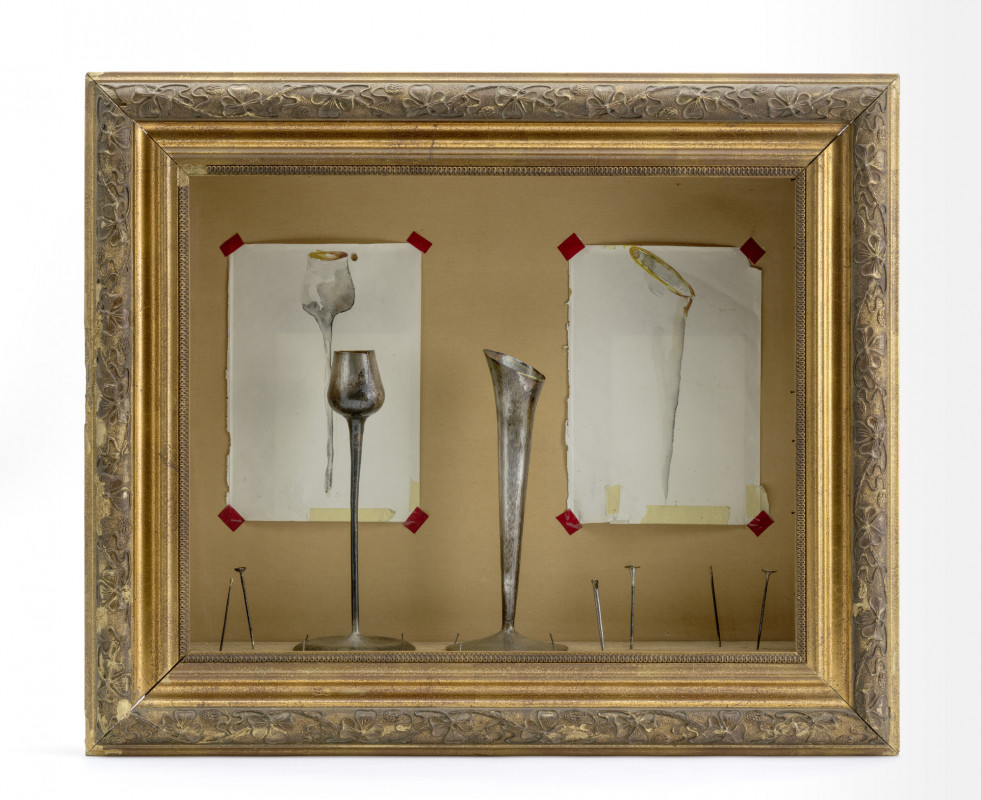 Previous Image 3 of 4 Next 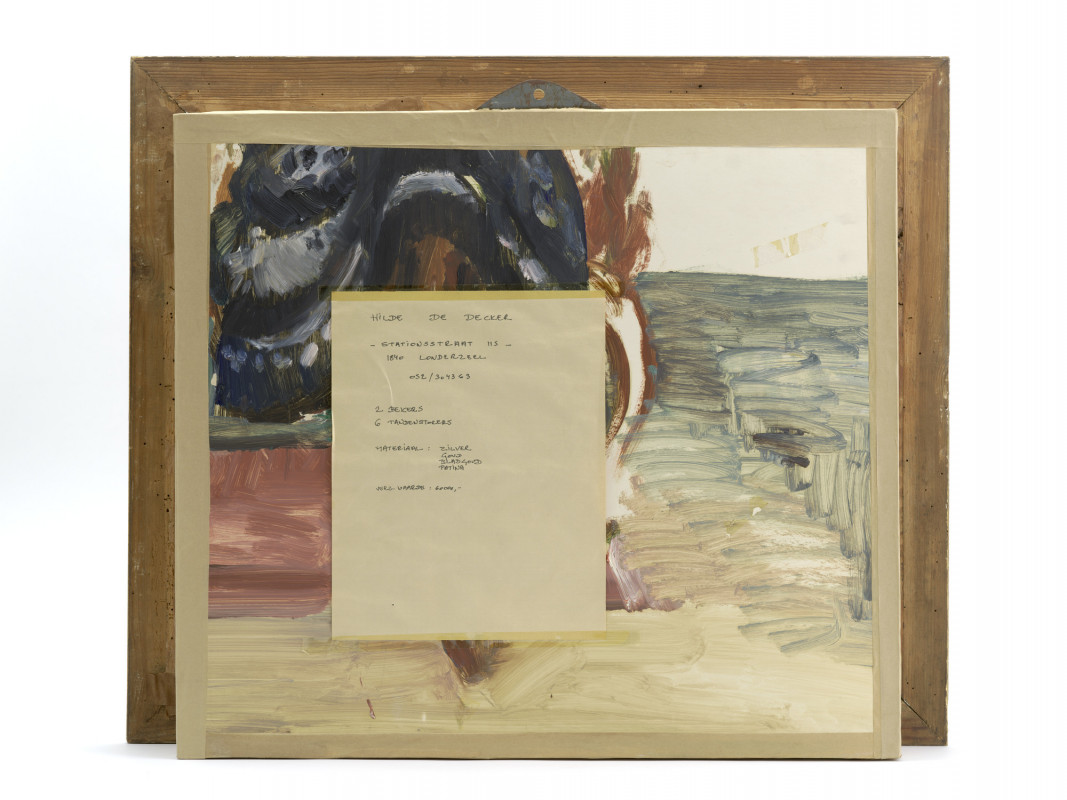 Previous Image 4 of 4 Next

Between 1993 and 1994, VIZO organised the international competition and exhibition Een Schitterend Feest, which was shown at various locations in Antwerp, Kortrijk and Coventry (UK), including the Sterckshof Museum, which opened in 1994. The selection for this exhibition was made by inviting silversmiths to submit their work: Hilde De Decker (°1965) submitted her designs for the cups and was selected along with 29 others out of more than 100 submissions. Hilde De Decker's entry was awarded the Alessi Award, presented by Alberto Alessi and Alessandro Mendini. After the exhibition was over, the composition was modified. The toothpicks, for example, were originally placed in a wooden branch, which is now no longer present. The rest of the objects were placed in a frame together with the two designs. The painting on the back is recuperation material. The assembly in the frame is the prelude to her later work, where the presentation or setting of the objects is an inseparable part of the work of art.