The Diamond Museum in Antwerp

DIVA, Home of Diamonds reconnects Antwerp with all facets of its brilliant past. 500 years of Antwerp diamond history is one of the starting points for DIVA's home. And that is not just any starting point.

In May 2018, the former Diamond Museum opened in a different form and merged with the collection of the former Silver Museum. DIVA, the museum for diamonds, jeweller, and silver was officially born.

The Diamond Museum on the Koningin Astridplein closed in 2012 to allow building work to be carried out on the Elisabeth Hall in the same adjacent building.

2002: Historical building on the Astridplein

Fifteen years later and the museum had even outgrown the building on Lange Herentalsestraat. So in 2002 the provincial authorities decided to move the Diamond Museum again, this time to a renovated historical building at No. 19-23 Koningin Astridplein, almost next door to Central Station and a stone’s throw from the diamond district.

Apart from the themed diamond story, visitors could also visit the treasure-chambers on each floor. Those hermetically sealed rooms filled with diamonds in various shapes and colours also housed a stunning collection of both historical and contemporary diamond jewellery, selected in the context of the diamond story.

Special exhibitions were also mounted in the treasure-chambers, including ‘Bling Bling. The crown jewels of hip hop’ (2007) and ‘Diamond Divas’ (2008). 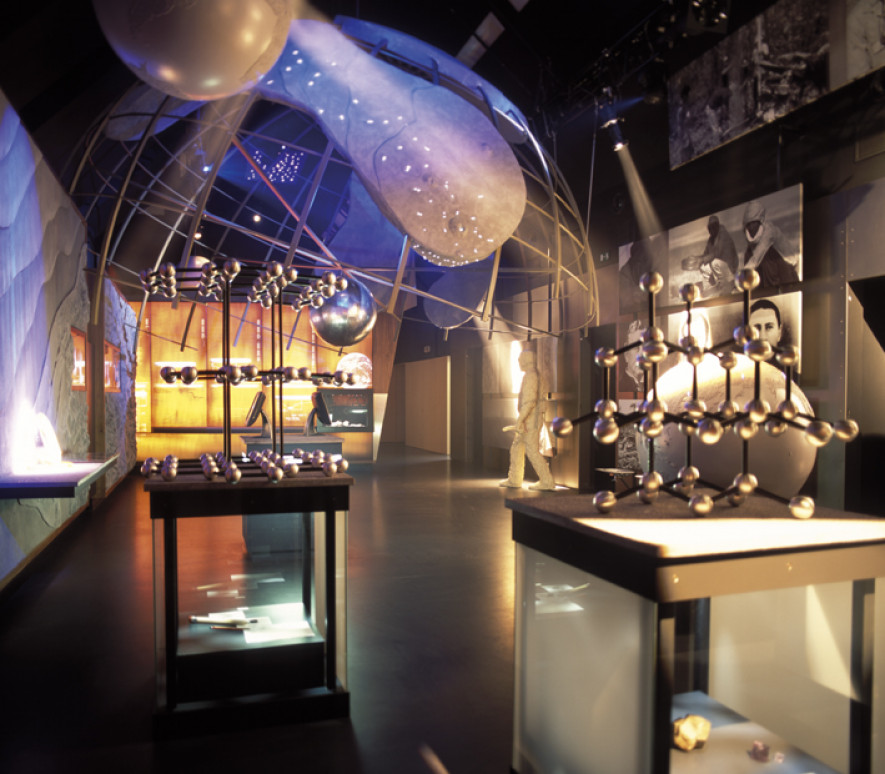 The interior of the former Diamond Museum

1988: Move to the Lange Herentalsestraat

It was not long before the museum was bursting at its seams and in 1988 the collection was transferred to a building on Lange Herentalsestraat bordering on the diamond district.

With three floors at its disposal, here a more comprehensive and didactic approach was taken to the story of diamonds. The art-historical evolution of diamond jewellery was illustrated in the secure treasure-house.

1970s: The very first Diamond Museum in the Jezusstraat

At the instigation of the Province of Antwerp, back in 1968 the decision was made to play Antwerp’s trump card and establish a diamond museum. The very first diamond museum opened on the first floor of the Provincial Safety Institute in the Jezusstraat in 1972.

The core of the presentation consisted of tools for processing diamonds, which had been gifted to the province.