Room of Wonder I: Axel Vervoordt

Step into the Room of Wonder put together by antiquarian and interior designer Axel Vervoordt. Marvel at naturalia, jewellery and exotica along with historical and contemporary art. The exhibition includes artworks by Anish Kapoor, Wim Delvoye, Marina Abramović, Jan Fabre and others.

Axel Vervoordt is an internationally renowned antiquarian and interior designer. He is something of an authority on silver and a past master when it comes to putting together inspired, aesthetic and wondrous combinations. To create his ‘Room of Wonder’, he drew on DIVA’s collection and added loans, including pieces from his own collection. The resulting exhibition, which consists of naturalia, jewellery and exotica, along with historical and contemporary works of art, arouses curiosity and amazement. 'Room of Wonder I: Axel Vervoordt’ is the first in a series of special exhibitions in which a number of guest curators present their interpretation of a Wunderkammer, or cabinet of curiosities and rarities.

DIVA invited Axel Vervoordt to create a very personal Room of Wonder. Since the early 1980s Axel Vervoordt has been putting objets d’art together in novel ways at the Biënnale des Antiquaires in Paris. In 2007 he also started curating exhibitions at Palazzo Fortuny as part of the Venice Biennale. By that time, silver was already one of his many interests and areas of expertise. In that period he handled the sale of the Antwerp owl cup which, thanks to the King Baudouin Foundation, is now one of the highlights of the DIVA collection. He also managed the transaction of the gilded tazza with wave pattern which decorates the cover of the exhibition catalogue.

The emotion Axel Vervoordt invariably arouses, gives collecting and exhibiting an extra dimension. He transforms a room full of art into a Room of Wonder. That is also how medieval and early-modern thinkers saw amazement: as a cognitive passion, which was about the search for knowledge and understanding entwined with heady emotion. So Axel Vervoordt was DIVA’s ideal guest curator to usher in the series. His Room of Wonder reflects on marvellous, rare, precious, exotic and monstrous collectibles from various civilizations down the ages.

Read all about DIVA's Rooms of Wonder

With thanks to the City of Antwerp, Visit Flanders, De Standaard, AWDC, SDE and Umicore 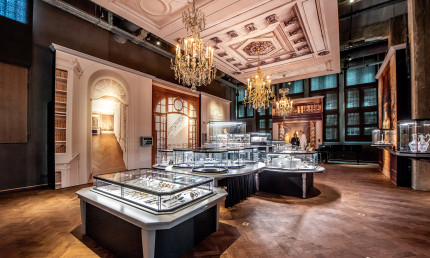 To visit DIVA is to journey through herhouse. Discover her interior.

Rooms of Wonder at DIVA

In addition to her own Room of Wonder, starting in October 2018 DIVA will be presenting a series of special exhibitions: the Rooms of Wonder at DIVA. 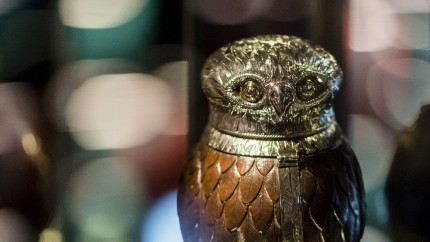 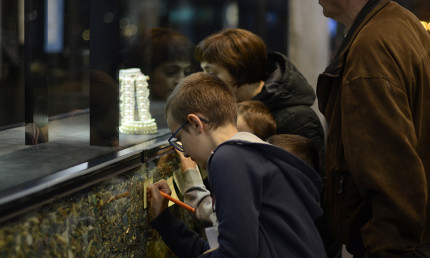 Planning a visit to DIVA with children? See our offer.